The new model, based on the 16 metre L160, offers an outreach of 7.85 metres and a 230kg platform capacity. The unit supplied is mounted on a wheeled skid-steer chassis, although it is also available on tracks. The new machine was delivered to the Northampton based company by Central Platform Services, the UK dealer for Leguan. Central Platform Services sales director Nick Childs said: “The L160 proved to be a good seller and positive comments from previous customers have enabled us to attract new buyers. Hopefully the L165 with it’s increased benefits will prove to be even more popular.”

Luke Holloway and Stewart Tinlin of Timber-Tech Services added: “We had been on the lookout for some time for a machine that would make us more productive and safer in some applications. Having considered a plethora of ‘used’ options, but decided upon this brand new model from Leguan. We have researched the robustness of the machine and also the quality of the after sales service provided by CPS in the UK and found good reports on both, so decided to take the plunge.”

“This ex-demo model from Finland has a number of useful extras on it that came as part of the deal which made the decision a little easier. We decided to go for the wheeled machine for increased operator comfort and better drive capabilities, but should we require tracks in the future, this model allows for a reasonably straightforward interchange from wheels to tracks.” 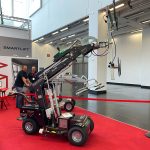 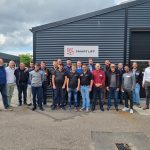 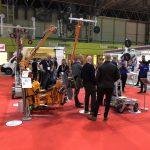 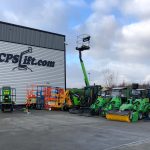